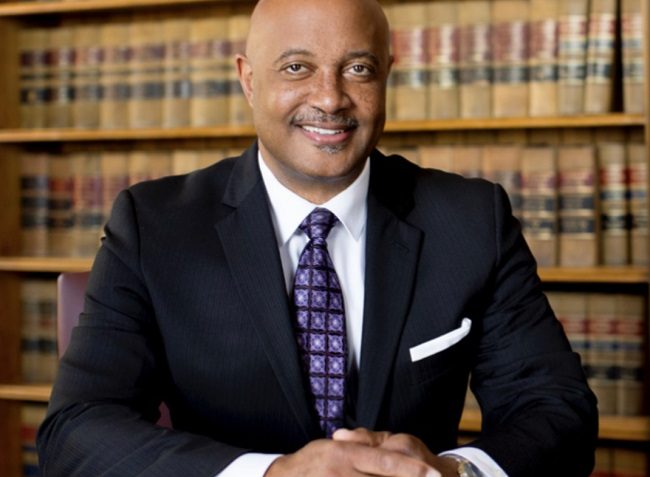 The 43rd attorney general of the State of Indiana, is a lawyer, consultant, speaker, and author, advancing the cause of freedom in America. He is an advisor to several organizations and is a Senior Fellow for the Center for Urban Renewal and Education (CURE) in Washington D.C.

On November 8, 2016, Hill was elected Attorney General in record-breaking fashion. More than 1.64 million Hoosiers cast ballots for Hill, making him the top vote-getter in Indiana election history at that time. He took office as Attorney General on January 9, 2017.

A native of Elkhart, Indiana, Hill is the youngest of five children. His parents Curtis Sr., and Eleanor were his inspiration toward public service and leadership. He earned his Bachelor of Science degree in business from Indiana University, Bloomington and later received his law degree from IU as well. It was during law school that he met his wife Teresa and together they raised five children: Halle, Mallory, Curtis III, Isabella and Abraham.

Hill began his legal career in the general private practice of law while serving as a part-time deputy prosecuting attorney in Elkhart County. In 2002, Hill ran for his first public office winning the first of his four elections as prosecuting attorney with 78% of the vote.

As Elkhart County chief law enforcement official, Hill was law and order in his relentless pursuit of justice. A skilled and successful trial lawyer, Hill personally reopened investigations into several “cold cases” previously abandoned as unsolved and secured justice for the victims.

Hill testified before Congress on “Methamphetamine in the Heartland” and served as a presenter for the Northern Indiana Methamphetamine Summit, sponsored by the Office of National Drug Control Policy, Executive Office of the President of the United States.

Hill also served as a member of the Board of Governors for the Indiana State Bar Association; Chairman Governor’s Council on Impaired and Dangerous Driving; Trustee Indiana Criminal Justice Institute; and Board of Regents for the National College of District Attorneys.

Hill attends First Baptist Church of Elkhart and has served as a board member for the Elkhart County Historical Society; Greater Elkhart Chamber of Commerce; Boys and Girls Club of Elkhart County; Encouraging Technology and Hands-On Science (ETHOS); and various other organizations.Hill is a life member of the NAACP in honor of his father’s legacy of longtime service to the cause of civil rights.

Hill was Vice Chair of the Midwest Region for the National Association of Attorneys General (NAAG). He also served as the Co-Chair of the Law Enforcement and Prosecutorial Relations Working Group, Co-Chair of the Civil Rights Committee and as a member of the Federalism and Preemption Committee for NAAG.

Hill has performed on stage in a number of local community theater productions, including recurring roles as the King of Siam in “The King and I.” He also has been known to don a white jumpsuit to impersonate the “King of Rock and Roll.”  Among some of his other credits, Hill has been cast in “Guys and Dolls,” “Joseph and the Amazing Technicolor Dream Coat,” “The Jungle Book” and “A Christmas Carol” (in which he portrayed the ghost of Jacob Marley). He also has a passion for martial arts, having earned a 2nd degree black belt in Tae Kwon Do and a black belt in Hapkido.